Scientists from Harvard Medical School found that NAD+ directly regulates protein interactions, which may protect the cell against cancer, radiation and aging.

Scientists from Harvard Medical School made a discovery in 2017 so interesting that it attracted the attention of NASA. The study published in Science could lead to a drug for reversing aging and improving DNA repair, even helping NASA get astronauts to Mars.

The ability of cells to repair DNA declines as we age, allowing damage to accumulate eventually leading to cell malfunction.  A molecule, nicotinamide adenine dinucleotide (NAD+), that is naturally present throughout our bodies regulates protein-to-protein interactions which control DNA repair. Treating mice with an NAD+ booster, nicotinamide mononucleotide (NMN), improved their ability to repair DNA damage from radiation exposure and old age. Astronauts’ DNA also experience damage from cosmic radiation and NMN may help them recover from missions in the future.

“The cells of the old mice were indistinguishable from the young mice, after just one week of treatment,” said David Sinclair, the lead author of the study and professor of Harvard Medical School and the University of New South Wales, in a press release.

The group of scientists specifically evaluated the binding of NAD+ to a protein called deleted in breast cancer 1 (DBC). They found DBC1 in great abundance throughout the body, however, its exact function has remained somewhat unclear. Besides binding to NAD+, DBC1 binds to and inhibits another protein, poly(adenosine diphosphate-ribose) polymerase (PARP1), a critical DNA repair protein.

In mice, as NAD+ levels declined with age, DBC1 increasingly bound to PARP1, leading to DNA damage accumulation through the inhibition of PARP1. The scientists reversed this process with the restoration of NAD+ levels with NMN, indicating that NAD+ regulates the interaction of proteins directly. Thus, modulating NAD+ levels could potentially protect one against DNA damage and aging.

The team of researchers showed interventions increasing NAD+ levels, such as NMN, decreased the interactions between PARP1 and DBC1 in human embryonic kidney cells. In other words, NAD+ inhibits the formation of the PARP1-DBC1 complex in cells. In cells with reduced levels of DBC1, the scientists observed an increase in PARP1 activity, indicating that DBC1 inhibits the function of PARP1.

The study showed e that NAD+ binds to DBC1 and inhibits it from binding to PARP1, which led to the promoted PARP1 function. Introducing higher levels of NAD+ through NAD+ boosters like NMN in turn improves DNA repair efficiency through increased PARP1 activity. 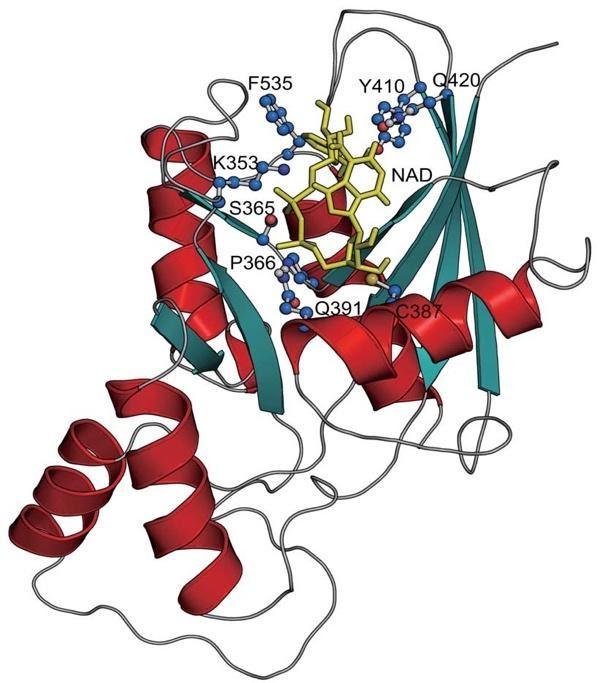 “These data show that NAD+ has a third function in cells: to directly regulate protein-protein interactions,” stated the scientists in the study. “Although the reason NAD+ declines with age is unclear, this work provides a plausible explanation for why DNA repair capacity declines as we age, pointing to NAD+ replenishment as a means of reducing the side effects of chemotherapy, protecting against radiation exposure, and slowing the natural decline in DNA repair capacity during aging.”